Bitcoin, the largest cryptocurrency by market capitalization, is a risky investment with high volatility. It should only be considered if you have a high-risk tolerance, are in a strong financial position, and can afford to lose any money you invest in it.

If you choose to invest, it is important to maintain a diversified portfolio that includes several different types of investments to reduce your exposure to risk overall. Generally, do not invest more than 10% of your portfolio in risky assets such as Bitcoin.

What type of investment in bitcoin?

Bitcoin’s explosive growth and its ability to maintain its title of the most valuable cryptocurrency can hide the fact that its rise has not been linear.

The upside of buying bitcoin for a dime in 2010 is obvious. But with volatility come big downsides as well. Someone who bought bitcoin in 2013 would have seen their investment drop by 80% – and not be above water for another three years. The decline in 2018 lasted about a year, and there were drops of 50% or more in 2021 and again in 2022.

Anyone who invests in Bitcoin will hope for the best, but they should be prepared for a significant downturn as well. Although Bitcoin has recovered many times, there is also the possibility that it will go to zero – for example, if several crypto platforms fail and there is a massive sell-off. 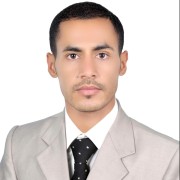 With Product You Purchase

Go to the Arqam options page to set your social accounts.

Please allow ads on our site Looks like you're using an ad blocker. We rely on advertising to help fund our site.